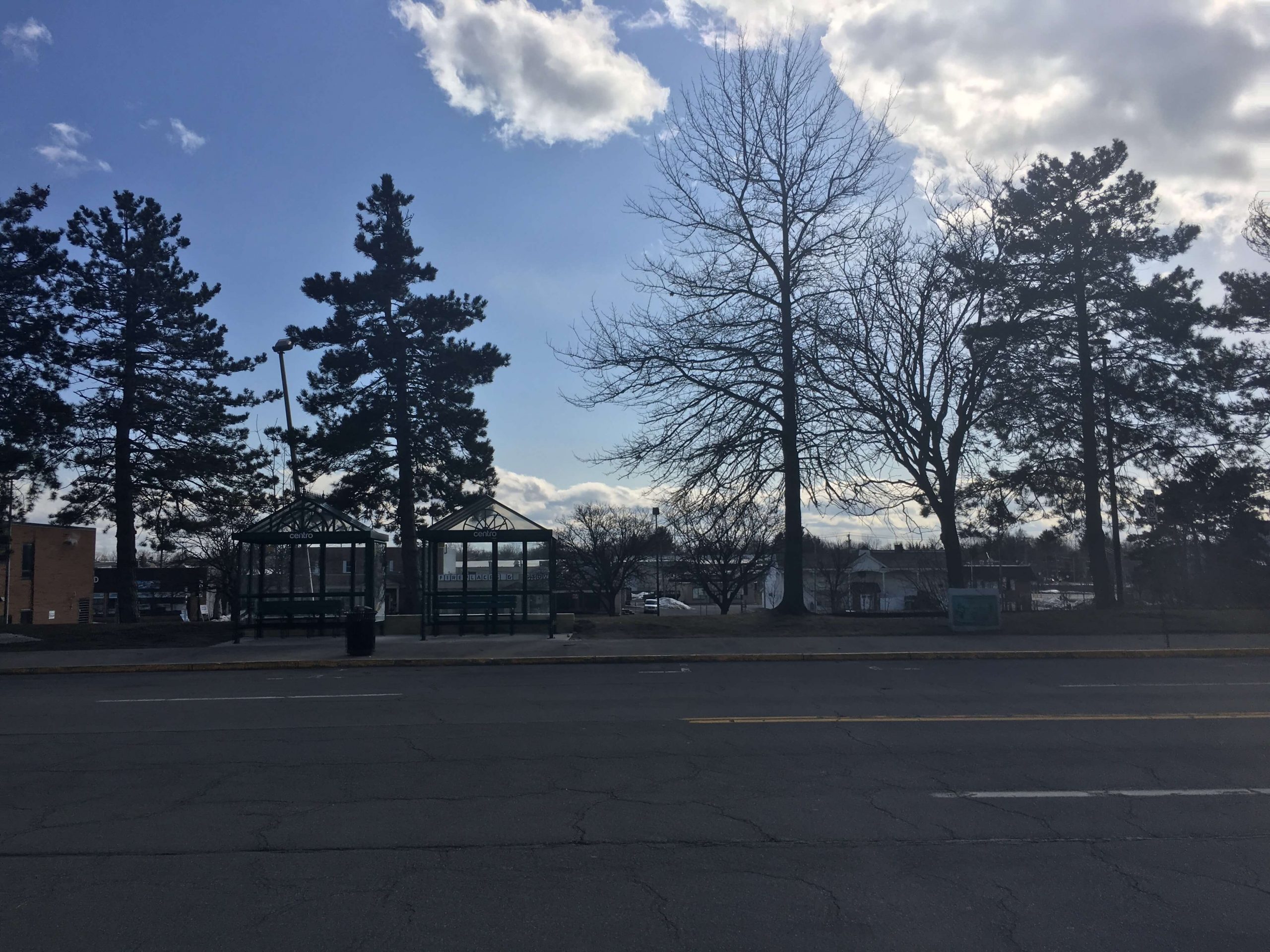 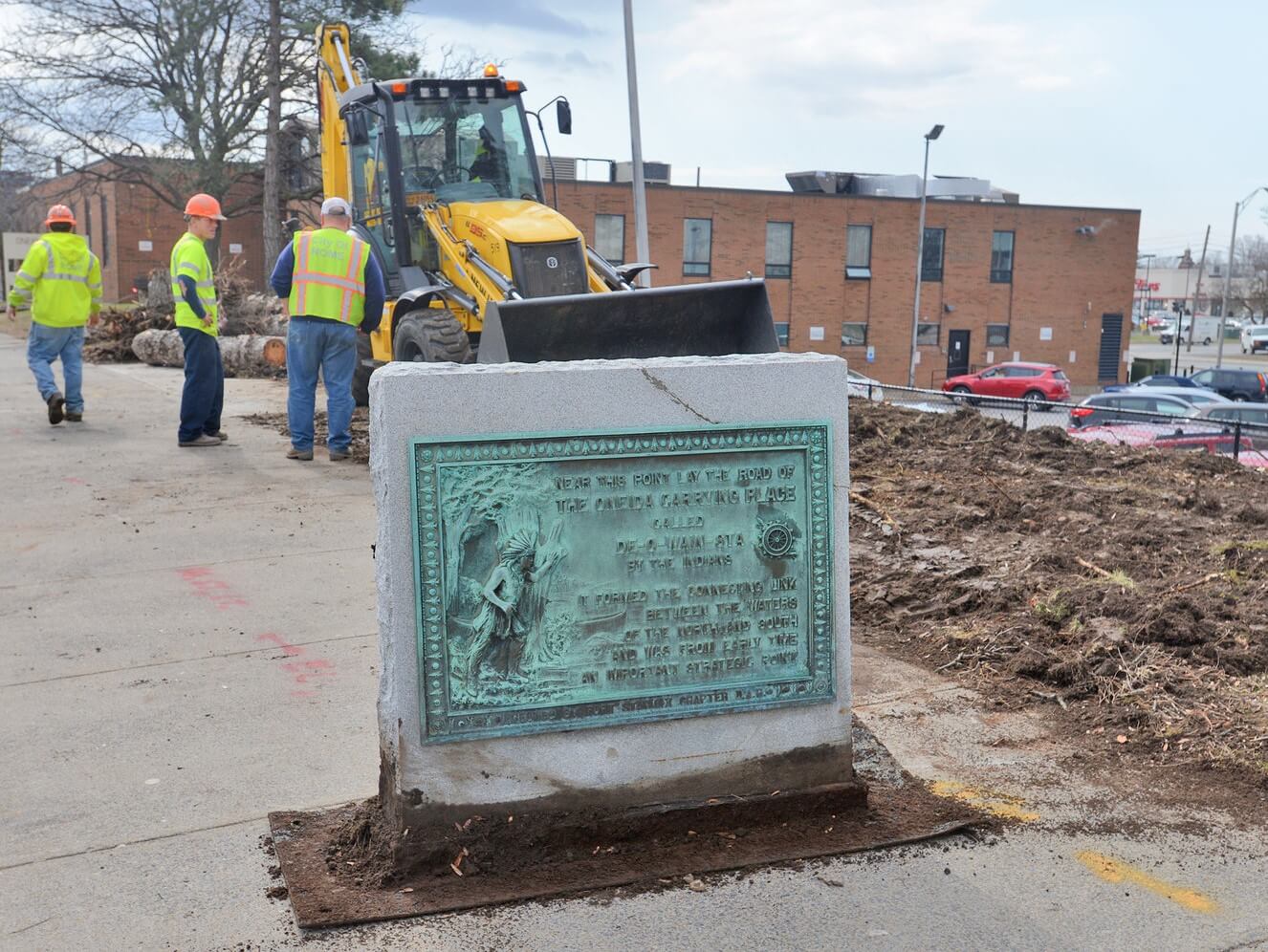 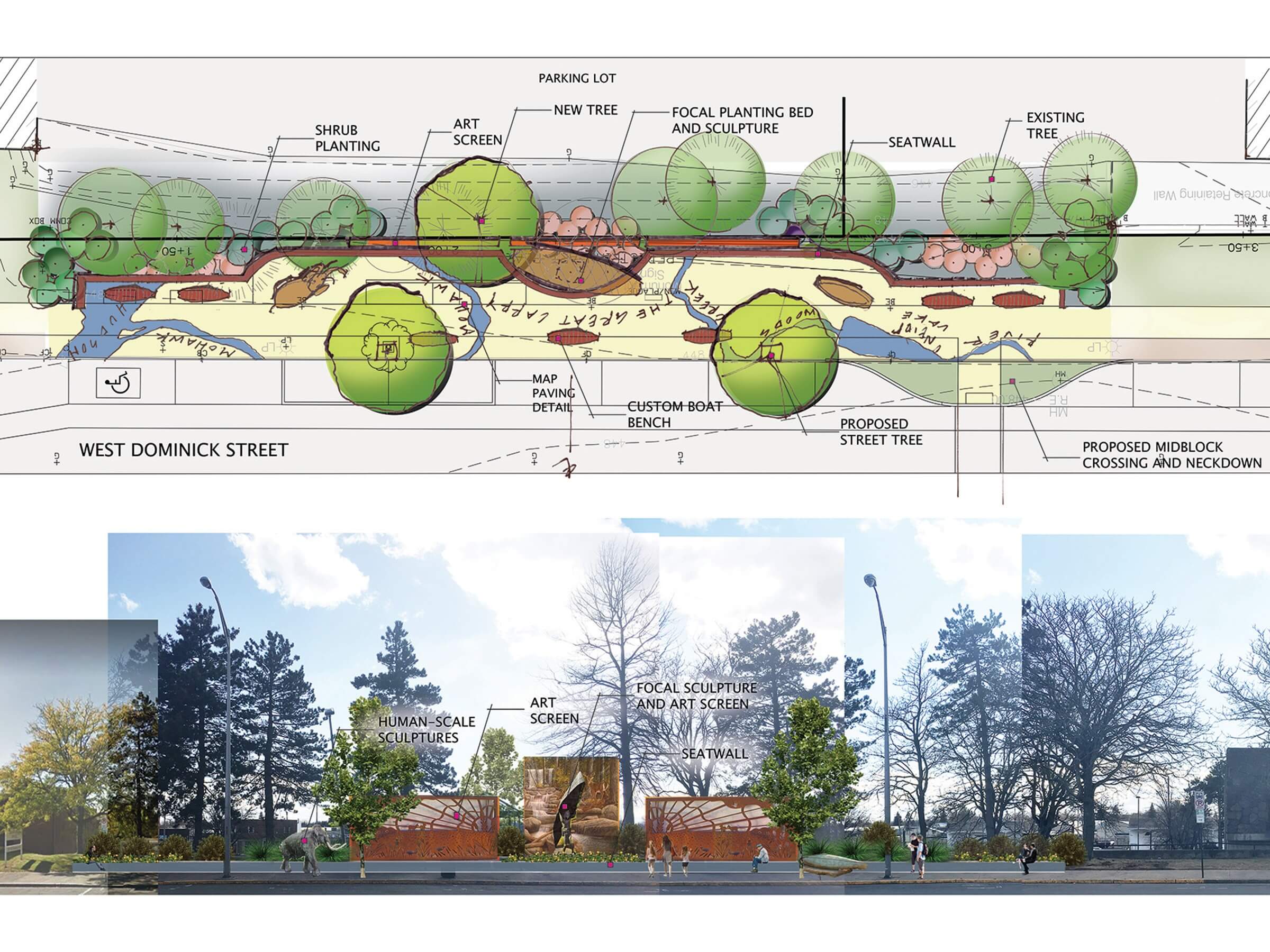 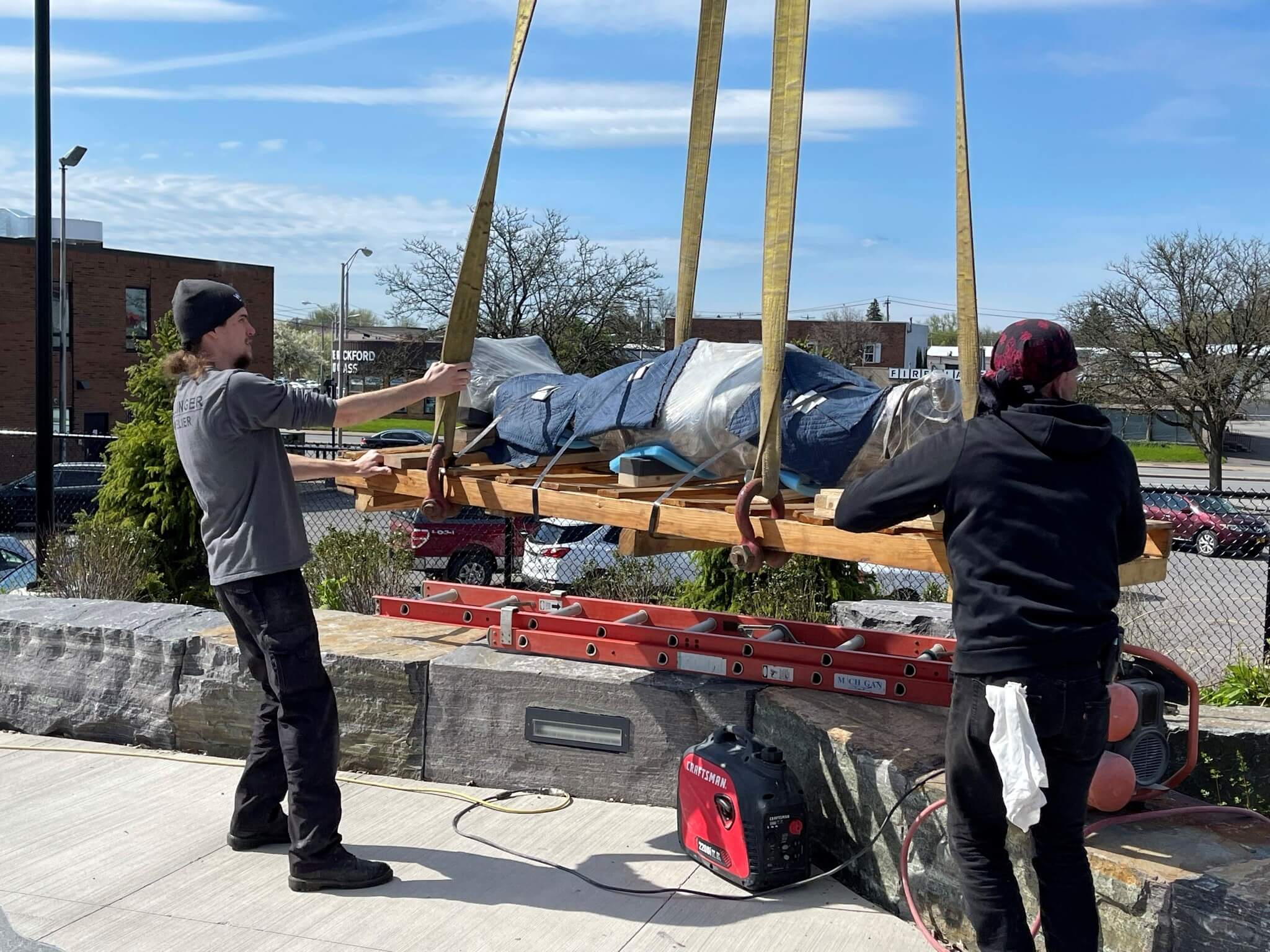 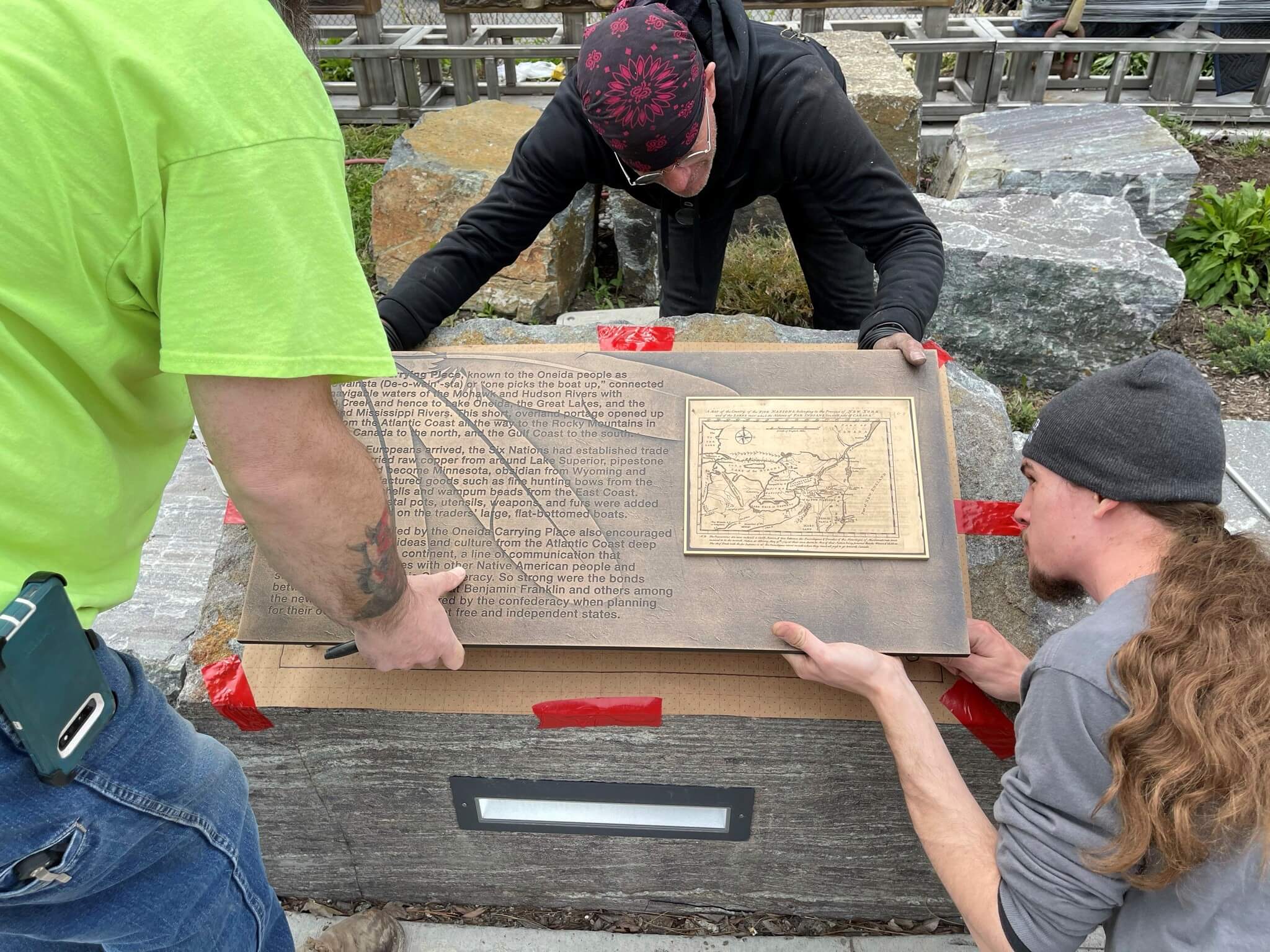 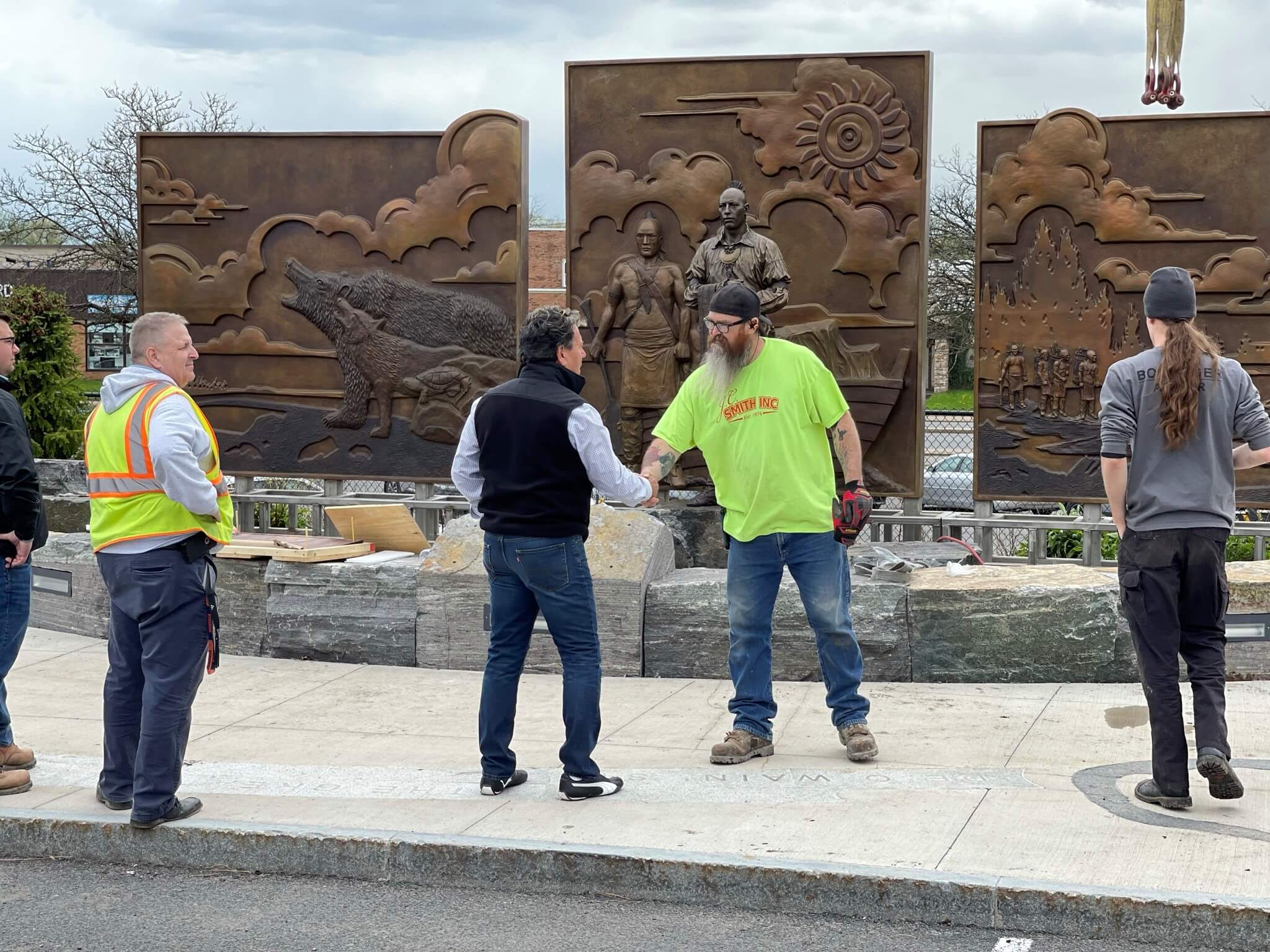 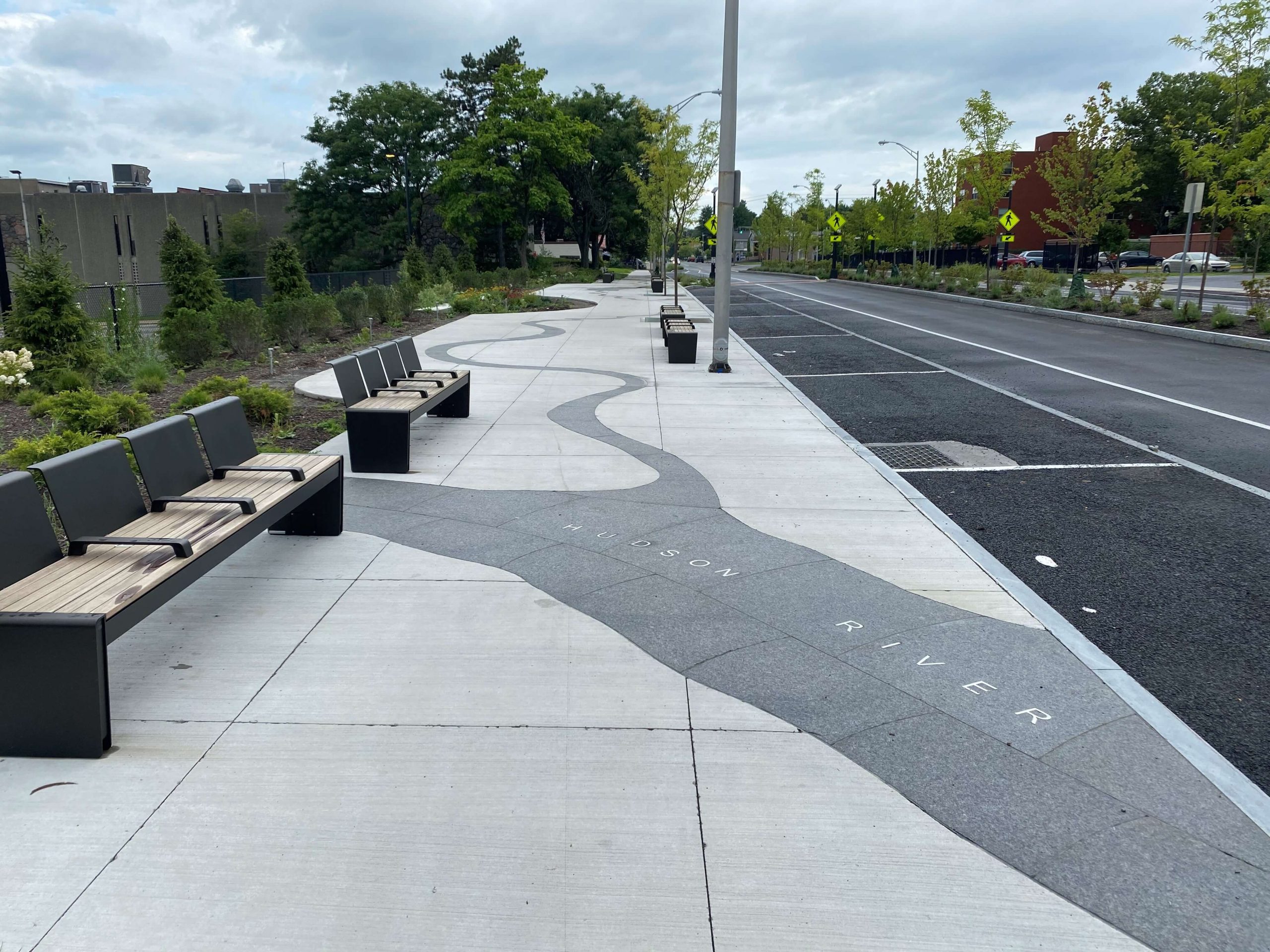 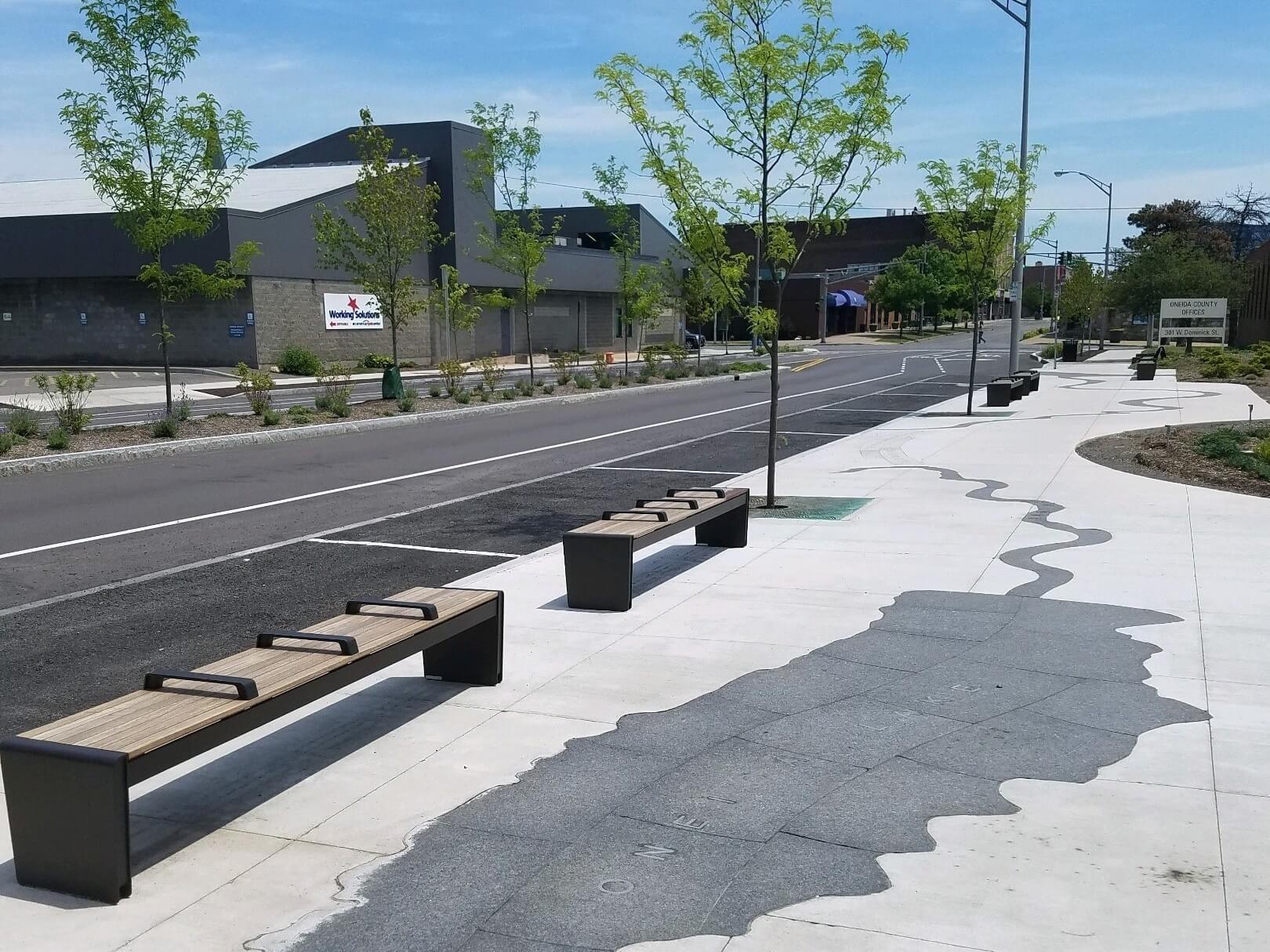 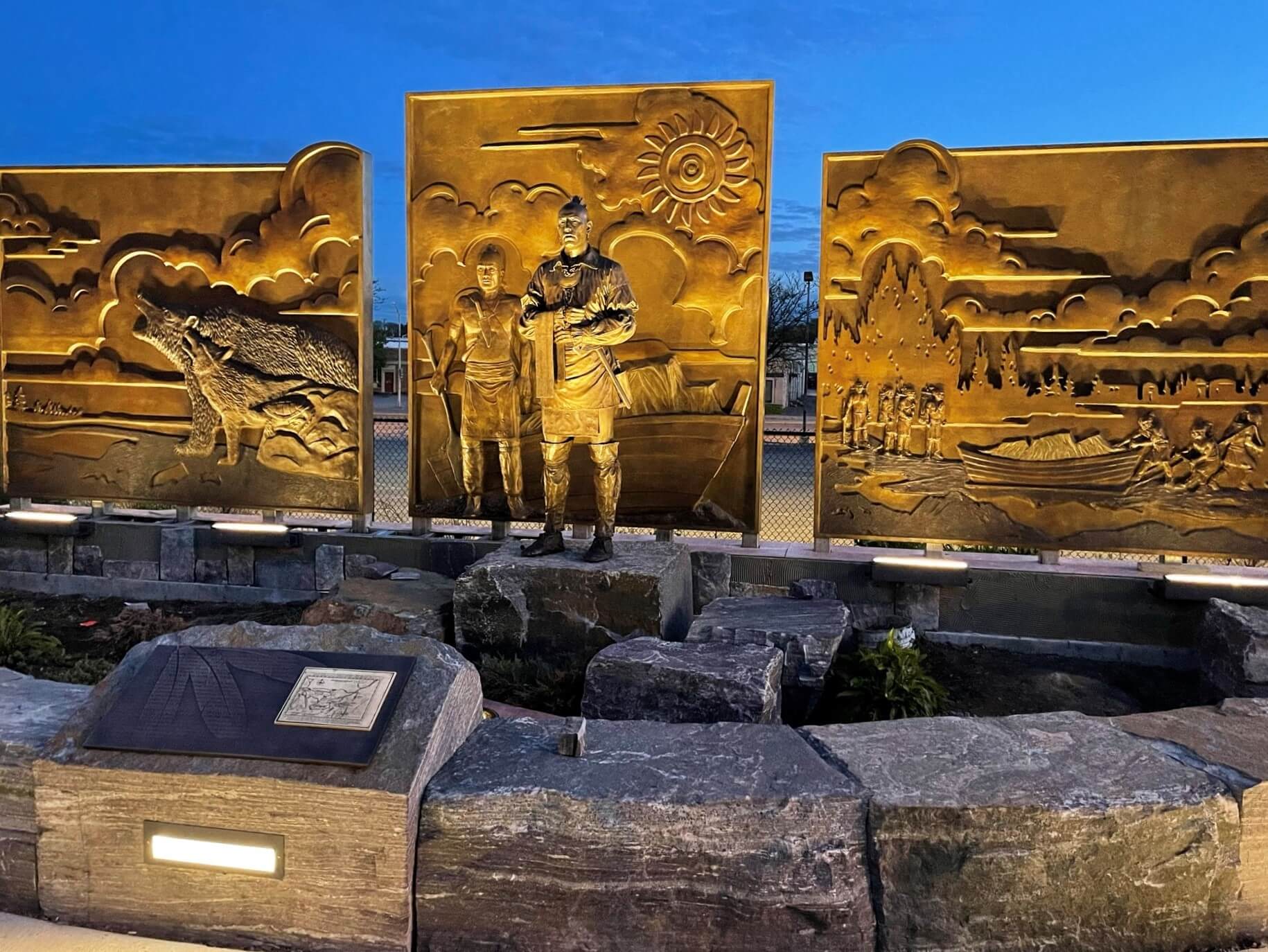 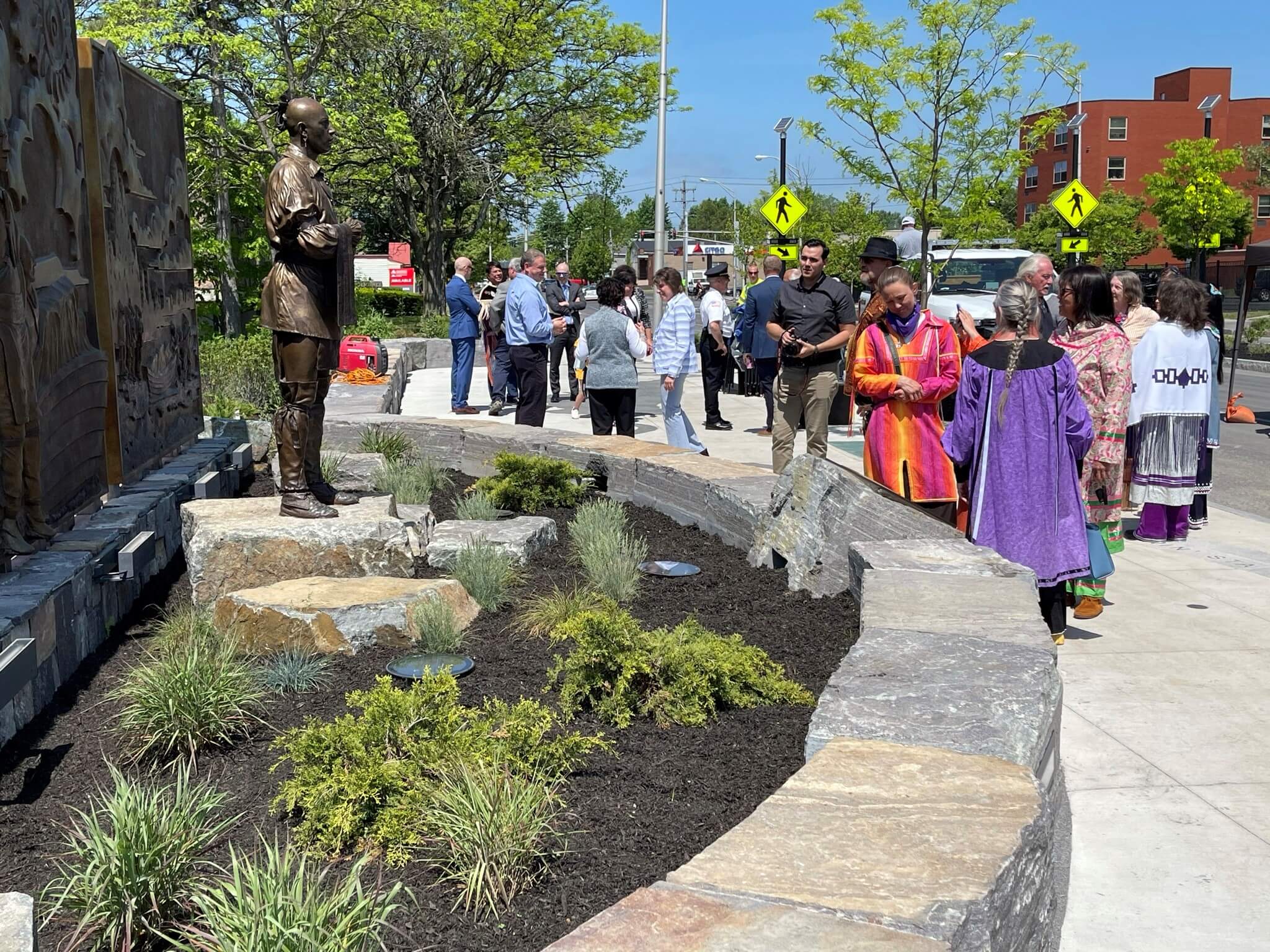 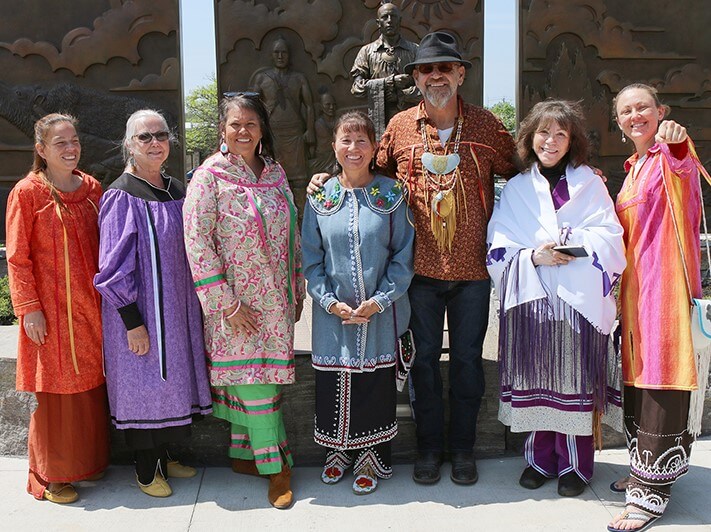 CLA SITE and Morton Archaeological Research Services collaborated with the City of Rome and the Oneida Indian Nation to design and construct a new Art Plaza on West Dominick Street in Downtown Rome. Historically, West Dominick, was known as the ‘Great Carry Road’ which connected humans and animals for tens of thousands of years between the Mohawk and Hudson Rivers in the east and the Great Lakes to the west. This significant landscape feature is the theme of the new public space which will immerse visitors into why the City of Rome is where it is and what this place means for the Oneida people.

The artistic interpretation will be incorporated into the paving design and will also include sculptural elements in coordination with the Oneida Indian Nation. The new plaza will be a component of a series of new and existing public spaces linking residents and visitors to Fort Stanwix National Park and other downtown destinations.

This project won a Merit Award in the Built Category and also the People’s Choice Award at the 2022 New York Upstate Chapter of the American Society of Landscape Architects.