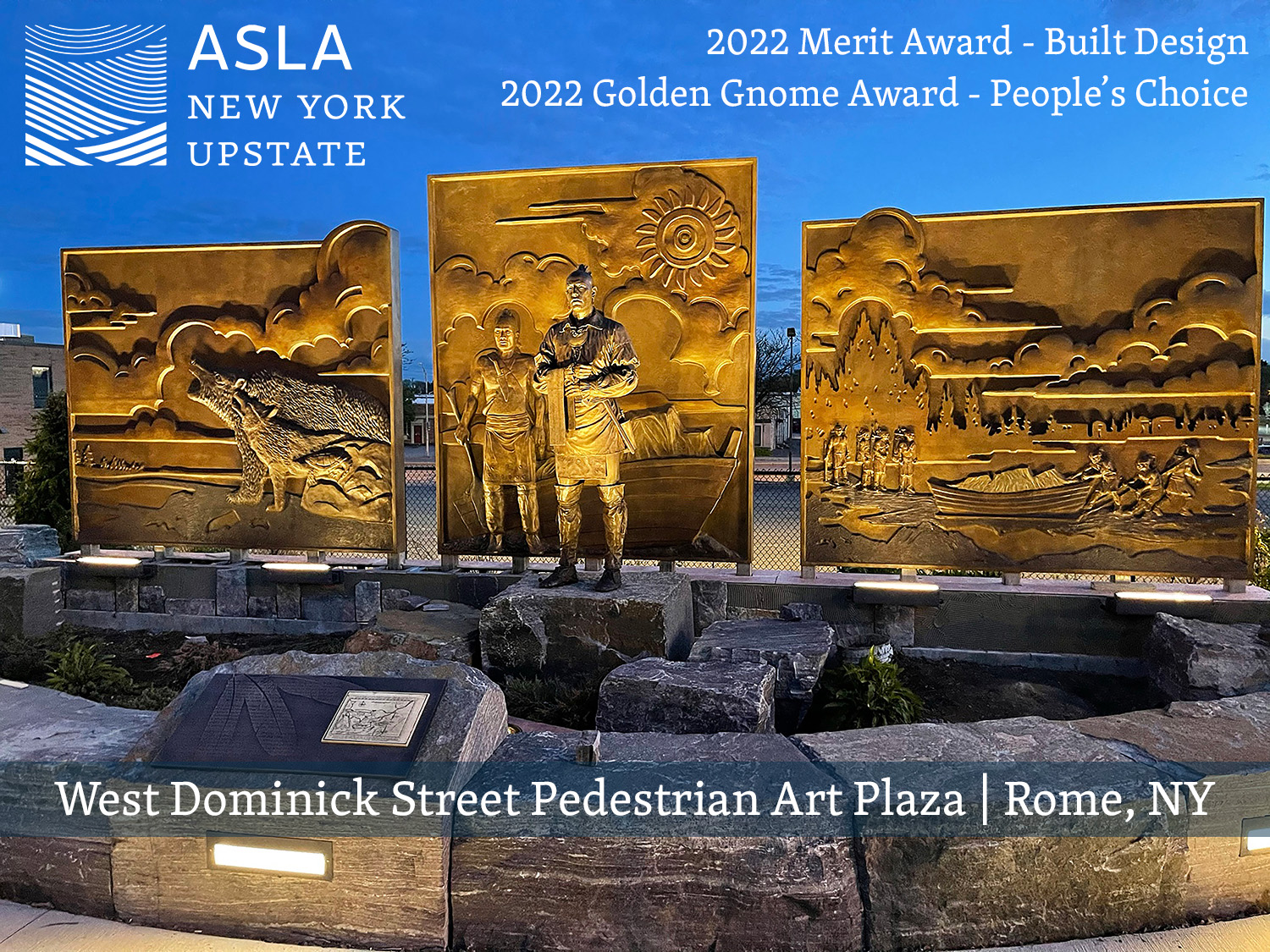 CLA SITE is honored to have received not only a Merit Award in the Built Categorybut also the highly coveted Golden Gnome Award (People’s Choice) at the 2022 New York Upstate Chapter ofthe American Society of Landscape ArchitectureAwards. This project was a collaboration with the City of Rome and the Oneida Indian Nation to design and construct a new Pedestrian Art Plaza on West Dominick Street.

Historically for thousands of years,the route was known as ‘the Great Carry’ between the Mohawk and Hudson Rivers to the East and Wood Creek and the Great Lakes to the West. This significant native route and landscape featuregave birth to the Erie Canal and is the theme of the new public space to immerse visitors and residents of Rome. ‘The Great Carry’is located in theheart of where the City of Rome was founded andthenewly completed PedestrianArt Plazapays tribute tothe historical sacrifices and contributions of the Oneida Indian Nation.

An artistic geographic waterway interpretation, using a 1777 Historic Waterway Map as the template, was cut into the sidewalk with granite inlay depicting the Great Carry. Sculptural elements and panels were conceptualized by our Landscape Architects and with the art commissioned by the Oneida Indian Nation for final design development and fabrication. The new Pedestrian Art Plaza is justone in a series of new and existing public spaces linking residents and visitors along West Dominick Street to Fort Stanwix National Park and other downtown destinations.

Special thanks to the Upstate Chapter for a great event and the City of Rome and Oneida Nation for collaborating to help make this historical and cultural art plaza a public centerpiece.

For additional information andquestions, please contact us at 518.584.8661or office1@clasite.com